Aftercare - an after thought?

Yesterday I was interested to read in the Guardian about a Mumsnet campaign to improve the level of NHS care after miscarriage. It's the kind of article that once upon a time I would have glanced over and then turned the page. But that was before I fell pregnant and before I had a second-trimester miscarriage. A lot of things have changed since then and sometimes it feels like my life falls into two periods - those years before the miscarriage (BM?), and those months that have followed (AM?). I'm the same person fundamentally, but a miscarriage changes you and I see the world a little differently now.

I read the article from start to finish and was going to write something on here about this yesterday, but I felt I needed time to process the words and the messages of the campaigns. I think it's such an important issue. Miscarriage is relatively common - stats I see vary from one in four pregnancies, to one in five pregnancies ending in this way - but from what I've read online and from conversations with friends and colleagues, a person's experience of miscarriage is uncommon. It's very individual and even talking about what has happened remains something of a taboo.

It's hard to think of being 'lucky' when you experience such a tragic loss - the Boy and I were absolutely devastated to lose our baby Beans and it hurt even more that the miscarriage came post 12-weeks, so we thought we had 'made it'. But when I look back at my experience of miscarriage - I think an innately lonely and complicated process - with the breathing space of five months, I believe I was 'lucky'. I had the Boy beside me every step of the way, always a strength and a comfort. We were overwhelmed by the love we received from family and friends, and our colleagues and workplace were accommodating and thoughtful. If any of the pieces of this vital jigsaw had been missing then I know the experience would have been even harder to bear.

But where I was really fortunate was in my dealings with the NHS. The woman who told us that our baby had died at a routine scan was extremely gentle and kind - her eyes pricked with tears as she told us the news and I felt genuine warmth and empathy from her. And the doctor who explained what might have happened and what our options were was incredible. I felt she understood, and while she was kind and compassionate she didn't pull any punches - she explained exactly what would happen and what the pros and cons were of each of the options I was offered (D&C operation, medical management, or 'natural'). I made an informed, if impossible, choice.

I opted - as regular readers of this blog will know - for medical management, and I was given a private room where the Boy was able to stay overnight with me. The process, while painful at times, was welcomingly quiet and respectful. While it is a very difficult thing to go through with and therefore this will sound strange, it couldn't have gone any better. The staff were gentle but honest, and I'd been prepared for it to be more painful and traumatic from what they had said. When I was well enough to be discharged we were able to go to the hospital chapel and say goodbye, and the hospital arranged a beautiful quiet funeral for us that was a real chance to mourn our loss. The hospital cancelled all my further antenatal appointments so I didn't receive any upsetting reminder letters, and my GP called me the following week to make sure I was bearing up ok and to check if I needed anything. It all felt the best it could be, in a situation no woman ever wants to find herself in.

I have been saddened and shocked since my miscarriage to hear or read of other women's experiences that were so dissimilar to mine, lacking the calm and dignity that was there in every part of my loss. Some of the language I've heard was used by doctors infuriates me, and I find it incredible that women losing their children were put on the same wards as those who had newborns - my heart breaks for them to think how painful that must have been, it was bad enough for me when I saw a pregnant person in the street! I feel angry at the lack of planning and thoughtlessness that has led to this.

Why must miscarriage just be 'one of those things'? Something every woman who wants a family might have to go through? I'm sure if 25 per cent of children were dying at five years old, or 20 per cent of adults were dying at 21 years old it wouldn't be just 'one of those things' and there would be more government funding into research about the whys and hows. It makes me angry that it's down to charities like Sands and Bliss to fund and run that work for them.

But I digress, I think this is a really important campaign and I fully support the five-point code of practice Mumsnet recommend. I was 'lucky' that I had all that - and more - and I can't praise the staff or facilities at St Thomas's Hospital any higher. But it shouldn't be down to luck, and someone who has already been so desperately unlucky as to lose their wanted and loved baby shouldn't have to rely on the throw of a dice or a postcode not to suffer any more. 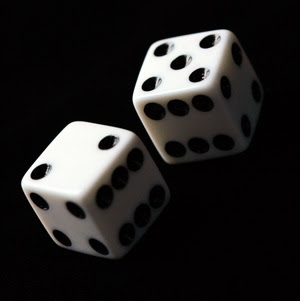