I'm pleased to report that our mini-break in the country did us the world of good, and helped strengthen us both after the difficulties of last week. While both the Boy and I are aware that we have an incredibly challenging week ahead of us, we are going into it as as united and as bright as we can be. The contrast to how I feel now, compared to last Monday after the wedding, is palpable. It's reminded me how important it is to look after myself and to take the quiet time that I need now to heal. It's also reminded me that it's ok to put myself first and to to say no to say to events if they feel too much, to ensure the Boy and I get the private space we need to begin to recover. It heals my soul being with him and doing 'normal' things like this - and I want to be selfish now and make sure I get enough of that.

The hotel - Down Hall - was lovely. Only a 40 minute train journey from London but it felt like we were miles and miles away. The weather was very kind to us, and we spent the day in the sunshine enjoying the hotel grounds - the large outdoor chess set was a favourite (especially as I won, not that I'm ribbing the Boy too much about that...), closely followed by boules. We enjoyed walking in the wild parkland and forest around the hotel, taking in the nature and enjoying the scenery. We are both keen photographers and we found more than enough flora and fauna to capture to remind us of the break. The rose garden was particularly beautiful, and also restorative - I am finding a real sense of calm in nature. 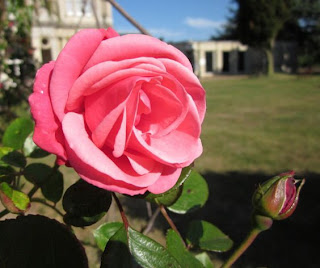 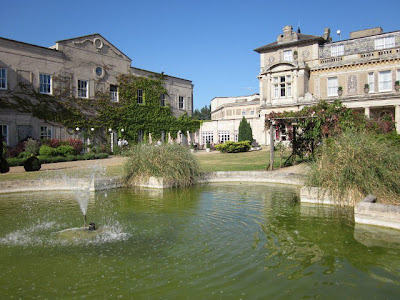 It was a relief to be able to just 'be'. To be me and the Boy doing what we do, without being weighed down by the grief which has consumed and gripped us at times over the past few weeks. Wandering around hand-in-hand in new scenery, exploring together and taking in different sights and sounds gave me a feeling of freedom that was well needed. We were able to laugh together and make our own fun, which was a very welcome tonic. Sitting on the terrace in the late afternoon sunshine enjoying a few cool drinks and feeling the warmth on our faces, I felt another surge of hope. It's so sad now and my heart breaks for our little lost baby Beans, but I know it won't always be this way. I'm beginning to feel that the Boy and I could be in the sun again soon, and I am beginning to believe that we might be lucky enough to fall pregnant again and this time the ending might be different. I know it might not, but for now the fact it might be feels enough and reassures me.

We had secured a deal with the hotel which included champagne in the room which we very much enjoyed. There is something very decadent about drinking champagne for no reason, and while I felt a little guilty having a 'celebratory' drink when we have suffered such a lot, it brought a smile to my face and set the tone for a lovely evening. We also had a meal in the restaurant included that was lovely, and the drinks flowed through the evening as we enjoyed more of the hotel games, included snooker and Connect Four. 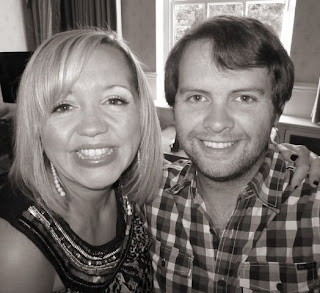 Again, it was great to be able to relax together and enjoy normal activities, without feeling troubled or weighed down by our worries and sadness. At times since lost the baby I have felt like a hunch back I have been carrying so much with me, like one of those bent over stick people on the road sign that warns for old people ahead. It felt such a release to have good times together. There have certainly not been many of those in recent times, and while they are still more fleeting than the bad times it reminds us they will come aplenty again.

I started to feel this weekend that it's ok to begin to move on. I've felt some shades of guilt about letting go of baby Beans, and while there were still glimpses of that over the weekend, I am beginning to accept what has happened and take in our loss. I imagine I will ache for some time yet to come - and I dread how Wednesday will be - but maybe it's ok to have that ache there and that longing for things to have been different, but at the same time to look forwards as well as backwards too...?
Posted by Elly Beans at 10:55