It's struck me how many celebrities have suffered from miscarriages or still births recently - Lily Allen, Amanda Holden, Kelly Brook... From my experience miscarriage is an intensely personal and at time lonely experience, and I really feel for any woman who has to live out such a loss in the public eye. For me, it has been hard enough facing friends, family and colleagues since our baby died. I felt like a failure and there is nowhere to hide when the evidence is there to see - when there is no baby. I can't imagine how it must be to face the press and the public at such a painful and sad time.
I am inspired how these women have maintained their integrity and dealt with such a cruel and crushing loss with strength, peace and dignity. Rather than hide away, I am so impressed that they have spoken about their miscarriages and lost babies in public. I have a sense that 'miscarriage' can be a dirty word, not talked about, swept under the carpet as just something that couples have to endure in their quest to have a family. These celebrities have pushed the boundaries of that taboo and made it more acceptable to talk about, recognise and - perhaps most importantly - feel that loss. And for that I salute them. I am not sure I would have had such courage.

I've collected together below some of the things these women - or their partners - have said about their losses. I find their words a support and comfort as I manage my way through my grief, and I thank them for finding the power within themselves to be so open and frank, to lay themselves bare, when I imagine all they wanted to do was hide from the eyes of the world and grieve in private.

Tori Amos: I went through a lot of different feelings after the miscarriage - you go through everything possible. You question what is fair, you get angry with the spirit for not wanting to come, you keep asking why.

Lily Allen: It was a huge ordeal. It was a really long battle and that kind of thing changes a person. Like when you send soldiers off to war, they go off as one person and come back very different.

Kelly Brook: Kelly is understandably devastated. She's at home and is being looked after by Thom and her mother. There's nothing you can say to anyone at a time like this - she just needs to be allowed some time alone to grieve.

Brenda Fricker: The body wouldn't do it, so I had to give up on that one. But I enjoyed trying. Getting pregnant is wonderful. It's the best thing in the world because it makes sense of the whole sexual act, and love is such an aphrodisiac.

Audrey Hepburn: If my world were to cave in tomorrow, I would look back on all the pleasures, excitements, and worthwhileness I have been lucky enough to have had. Not the sadness, not my miscarriages or my father leaving home, but the joy of everything else. It will have been enough.

Amanda Holden: It was the worst time of our lives. I am an optimist. I think, as bad as life sometimes gets, there is so much joy and so much good stuff, that there is a balance. Although what happened is obviously horrifying, we can go on to have more children.

Hugh Jackman: We tried and it just didn't happen for us. There was no particular medical reason. We had a few miscarriages, which was very upsetting. But we always planned on adopting anyway, even if we had our own biological children.

Alex Kingston: It didn't surprise me that women were trying so many times, I know there's that need - and it ultimately overrides everything else.

Kym Marsh: It was hard to give birth and never hear those precious moments - the first cries a mother cherishes when their child enters this world. To leave the hospital without your baby is even harder. It was the most painful experience I have ever gone through.

Brooke Shields: We were crushed. Up until then, I thought simply because it was time and I wanted to have a baby, it would work out.

Emma Thompson: There's been an awful lot of grief to get through in not being able to get pregnant again.

Johnny Vaughan: The Mrs and I suffered a bit of a tragedy with the baby we were going to have, and thank you very much for your support. 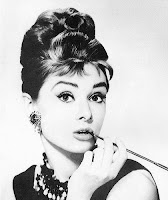 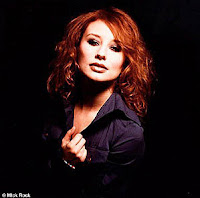