Today you find me tired but happy after an exhausting, exhilarating and emotional weekend. The march and rally in London we've been working on for the last few months was a tremendous success - nearly half a million protesters joined the three mile march from the Embankment to Hyde Park, and I was so proud to be a part of a little piece of history being created.

At one point on Saturday I was stood at the back of the stage helping the BBC get some footage and as I looked out at the thousands of union members, community groups, voluntary organisations and normal British people gathered in Hyde Park, I felt very moved. The scene of peaceful and powerful demonstrators almost took my breath away. The proudest and most important moment of my career so far. Faith in human nature restored!

So, now I'm not sure that I'll know what to do with myself - work has been so manic preparing for the march that I might actually have some time on my hands now! Certainly more time to think about the Baby and about the future. We're the next little pigeon step along the way today - 10 weeks. And the antenatal appointments are in touching distance now... I'm really excited although trying to keep a lid on it for just a while longer, until we know we are on safer ground.

I watched a really interesting programme last night called Cherry has a baby on BBC 3 with the Boy. It was about a presenter in her last month of pregnancy, meeting up with other mums-to-be of all different ages and backgrounds, listening to their fears about the birth and their hopes for the future. I found it fascinating and also moving - again I blame tiredness and hormones! It tapped into a lot of my own thoughts about my pregnancy, and my heart was particularly stirred by a 40-year-old mum who's baby had a higher risk of Down's and she ended up having to have the baby at 28 weeks, which must have been very frightening.

Both the Boy and I found the programme very evocative, and it enabled us to broach our hopes and fears more freely. I am so thankful to be going through this with the Boy. I don't think our relationship has ever been better, or our communication any more open. And I am very thankful for that as I know we'll need that strength and security as time goes on. 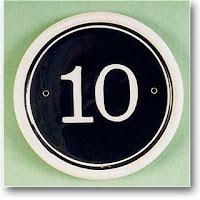