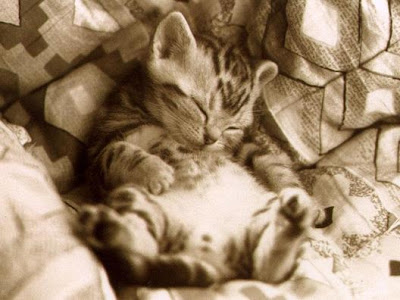 I've been doing a bit of thinking lately about dreams. I've always had a very vivid dreams, and when things are going badly for me this is often played out in colourful and garish scenes in my dream life. Dreams are significant to me. As a younger child I used to have the same recurring nightmares and the same recurring positive dreams, and that has continued into my adult life. I like to try and remember dreams - and on several occasions now, my dreams have been particularly intuitive.

The first time this happened was the night before the Boy and I got engaged while on a lovely romantic holiday in Greece in 2008. I woke up early and found the Boy sat upright in bed looking at me. He asked me if I had slept well - and I replied honestly, 'Yes, although I had the funniest dream that you proposed to me!' I got up and had a shower, while the Boy was sat shell-shocked in the bed wondering how on earth I had dreamed of the surprise he had planned for me. Fortunately, my dream didn't put him off, and that afternoon he proposed to me on a cliff top overlooking one of the most beautiful beaches I've ever had the pleasure of going to.

Another occasion that sticks strongly in my mind is when the Boy and I fell pregnant with our first baby, last year. We'd had our first scan at 11 weeks, but the sonographer had been unable to get all the nuchal measurements, so we were sent away and told to come back in a fortnight - but we were assured by the health staff that all was well. I had some terrible nightmares in the run up to the appointment, and the night before the scan I dreamt that the female sonographer took my hand and said 'I'm sorry, I can't find a heartbeat.' This is almost exactly what happened when we returned to the hospital, and it haunted me that I had had such a powerful premonition - however, the Boy suggested it was probably a very common dream people had before their scans if they were nervous about the outcome.

This time around, I had no such dream. Very early on I had a dream that I had twins - and as it materialises I was indeed pregnant with two babies for six short weeks - but every other dream has been very relaxed and happy. In each dream I've held a perfectly healthy baby girl - in the previous pregnancy it had been a Boy in every dream, but we were never able to ascertain the gender of the child we lost - and I can't help but wonder if my dreams are communicating with me again. I suppose only time will tell. But I do have a strong feeling that my subconscious is more in tune with my conscious than it used to be.

Perhaps tonight I'll go to sleep thinking about lottery numbers and see where that gets me...