The Boy and I are now 18 days into 'dry January' and I'm still loving it. I've lost 8lbs in the last couple of weeks, which was well-needed as I was rather resembling a barrel after the Christmas and New Year excesses! My skin is the best it's been in months and I'm sleeping a steady eight-hour shift every night. Gone are the nightmares and night terrors that so haunted me last year, and sleep is no longer something to be frighened of - instead I welcome the clamber into bed and the easy slumber that follows. For that reason I haven't missed socialising or seeing friends in evenings at all. I feel much more relaxed, and the relief that I'm not always supposed to be somewhere, doing something and entertaining someone is pretty palpable.

I've noticed that while I haven't been drinking, my body clock has shifted slightly. I'm waking up much earlier than I would normally - around 6.30am seems to be the norm, even at weekends - and I am getting tired much earlier in the evening, I've often been asleep by 10pm in the last few weeks. I find this fascinating, as when I'm out and about, socialising and drinking, my routine is very different. I won't go to bed until midnight and I set my alarm for later - 7.30/8am. It seems left to my own devices and my body's natural rhythms I am, as much as this surprises me, 'a morning person' and not the proverbial 'night owl'.

I wonder if that's why I sometimes get so worn out and stressed - because I'm constantly resisting and trying to change what my body wants to do. It's worth bearing in mind at any rate when life inevitably becomes busier again from February. Right now I'm getting so much done with the extra time which is really great - this weekend I managed to get even more writing done (I only have two chapters left to write now!) and I had a great clearout of our bedroom, sorting some bags of clothes for charity, and finding some bits for ebay. I spent a few painful hours uploading items to sell onto the ebay site, but it seems my efforts were worth it as the items are mostly under offer now.

And extra pennies will be welcome at this time. The Boy and I are in 'moving' mode again. I have slight deju vu (!) but we're in a far stronger position than we were financially this time last year, when we were trying to finance a move to the Charlton/Greenwich area. We've decided to leave the big smoke behind - a big step for me having lived in London for more than a decade and having owned flats here for over eight years. But it's the right time now. We've identified a village in Kent as our ideal place to move to - 10 minutes from my parents and around 40 minutes from the Boy's family, and we were given a mortgage in principle agreement from the Boy's bank yesterday for far more than we want to borrow - so far the signs are good. The next step is to get our place valued and on the market.

It all feels exciting - if a little scary when you look at the figures in black and white - and I am really proud of the Boy and I, and the work we've put into making ourselves financially strong and solid, and enabling this move to happen. Fingers crossed all continues to go well. Few piccies of Otford below... 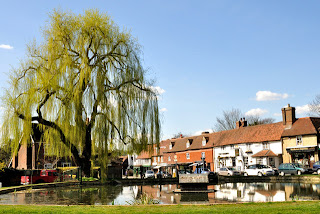 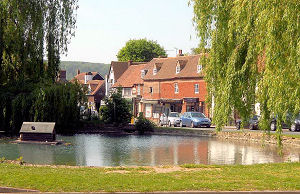