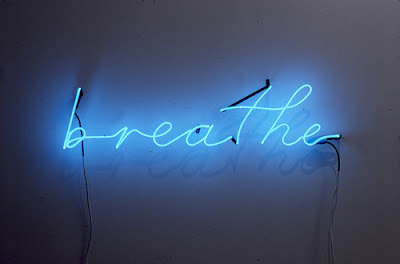 The Boy and I had a bit of a fright a week or so ago and I have only just about recovered.

I've been monitoring Baby Beans's movements very closely lately - I know I am somewhat prone to paranoia anyway, and our previous disappointments have only exacerbated this tendency, and tragically the Boy's friends lost a baby just a few days before she was due last year which plays on my mind a lot - and I had a period of about 18 hours where I felt something was very different with Baby's routine.

To give this a bit of context, this came on the back of a slightly concerning week or so where I had been given extra monitoring to check all was well with Baby Beans, as my midwife had been concerned I was carrying too much amniotic fluid or might have gestational diabetes (as it turns out I have neither) so I suppose I was already carrying a little more anxiety than normal.

I tried not to worry too much or panic, but after a sleepless night we decided to go into hospital to check all was well. On the way there I was fighting back tears - I really don't like to think about how I would manage with losing this baby as well - and once at the hospital I felt very scared indeed.

The staff were, as always with Tommies and I can't praise the hospital highly enough, incredibly supportive and warm and I was quickly connected to a monitor.

There were a few frightening moments where the midwife couldn't locate Baby Beans's heartbeat and all that came up was a big red question mark - not very reassuring and at this point I couldn't keep the tears in, and I gripped the Boy's hand tightly. Fortunately, they found Baby Beans soon enough - and as sure as the law of the sod Baby then proceeded to move, and move, and move... to the point where as soon as the monitor could pick up the little one's trace, Baby moved straight away so it was lost again! That's my kid ;-)

The relief was palpable and for much of the day following that I was on a high. However, my emotions caught up with me by the end of the day and I had a bit of a collapse. It brought it all home how much this Baby means to me and the Boy, and how in love we are already with this life that we have created.

But I also realised that as a Mum there is only so much you can do to protect your child - I won't be able to keep my Baby safe all the time, and protect my little one from hurt and pain. I can endeavour to keep my baby warm and loved, but there will be limits. The only certainty in life is its uncertainty, and after this episode that scared me.

However, since then I'm pleased to report that Baby Beans has been wiggling and scuttling around as much as before, and hopefully the scares are behind us now and in five weeks - or thereabouts, not sure bub has a diary in there! - we will be the family that we long to be at last...
Posted by Elly Beans at 14:20