You've got a friend 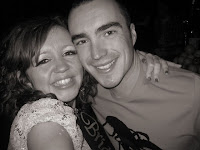 So, Valentine's Day. A day about love - not only to praise our partners, but also to celebrate the love we feel for our family and friends. Last night I had to say my goodbyes to one of my dearest and oldest friends Andy, who is leaving the UK to start a new life with his partner in Sydney. A hugely exciting opportunity for him and I'm sure he will be very happy, but I'm not very good at goodbyes, and I felt rather sad when the time came for us to finally part.

We've been friends for 20 years, since we were both at secondary school in Kent - Andy at the boys grammar school, and me across the road at the girls grammar. It feels like a lifetime ago now, and I suppose it was. The friendship began as a slow burn - partly as I had a rather awkward teenage girl crush on him - but we became very close when we were both at university in Leeds together and Andy was able to confide in me pretty early on that he had realised he had more of an eye for the boys than the ladies. Romantic aspirations firmly out of the window, Andy was to become one of the best friends I have ever had.

When I think about the times we shared together at university as young adults away from home for the first time and trying to clumsily make our way, I can't help but smile. Funny stories compete to be at the forefront of my mind - a notable one being us meeting for a 'quick' drink in the union bar around lunchtime. I needed to be on my best behaviour as my parents were making the four-hour car journey to come and visit me the next day. Fast forward to the next morning when they arrived and found me with my head down the toilet 'suffering with flu' - our quick little drink had turned into 10 pints, a takeaway pizza at mine, and then an evening spent at Planet Earth night club... a rather legendary Leeds nightspot back in the day. If I tell you it had a revolving dance floor and the entry fee was just £5 for all you could drink Hooch (one of the first alcopops for my younger readers!) or Carlsberg... well, you can probably imagine where my 'flu' came from.

Post university we both found ourselves working and living in London - Andy turning his back on his academic intellect and biochemistry degree to retrain as a nurse (a very telling sign of his generosity of heart, and the warmth of his personality) and me on the bottom rung of the journalism ladder, both of us light on money but heavy on ambition and determination, working part-time at the London Eye tourist attraction on the South Bank at weekends and evenings to help us make ends meet. We were poor, but they were some of the richest days of my life.

Again I look back at a happy blurred blaze of good times, the sun always shining on us and our group of friends even when the sky was grey. That fantastic feeling you have in your youth of being able to live completely for the day, feeling immortal and indestructible with little concern for tomorrow - really believing the world is your oyster and will open for you. I rather miss that... But one shameful story - on my behalf - inevitably wins out though and has become folklore in our circle of friends.

It was the conclusion of a rather heavy night in a salubrious pub by Waterloo station where we secured a lock-in, which saw me fall asleep (ok, I'll be honest, pass out) on the night bus back to Andy's (he lived in East Dulwich at the time) and Andy couldn't wake me up so had to get the bus driver to stop the bus and help him carry me off. I had of course insisted on sitting on the top deck so I could 'drive the bus' in spite of Andy's misgivings that we would be better placed by the doors downstairs - so the other passengers must have got their money's worth that night as I was carried down the stairs like a corpse.

Andy pretty much gave me a fireman's lift back to his house, holding me tightly and only relinquishing his grip on me for a moment to put his front door key into the lock - urging me to manage to stay upright on my own for just one minute. Of course, when he opened the door and turned around to usher me in, all there was to be seen was me upside down head first in his rose bush with my feet pointing out towards him. But he didn't give up on me - and used his nursing skills to valuable effect that night, plucking a variety of thorns from my legs with his tweezers, while I snored away oblivious to the drama.

Friends like this aren't ten a penny - in fact I can count on one hand the friends that know me as well as Andy does, and that includes my sister and the Boy. He has been there on some of the happiest days of my life, and I will always hold close the beautiful reading he did at my wedding - but of course real friends aren't just there for the good times. He has also seen me when I've not been at my best, and he's never judged, never neglected me, and never held a grudge. He's always been honest with me and has sometimes had to say the words I haven't wanted to hear - but he has never been unkind. He's been a constant in a life full of variables, and was a very good friend to me through the troubles of last year. While there have been periods when we've been very close, and then other times when our contact has been a little more disparate, inevitably like the proverbial boomerang we have found our way back to each other.

Thanks to the internet, Facebook and Skype, I know that Andy won't seem too far away from me. And I hold him in my heart so I can always carry him close. He is an incredible person - generous, loyal, passionate, caring, spontaneous, reliable... I can't think of anything that he wouldn't do for someone lucky enough to be his friend and I couldn't begin to count the times I've seen him go above and beyond for someone he cares about - in fact I aspire to be a little more like him myself. I wish him all the joy and happiness in the world as he begins a new exciting chapter, and while I am saddened that I will have to watch this unfold from the edges and the shadows of his life - with someone as warm and bright as Andy, even the shadows are a brilliant place to be. 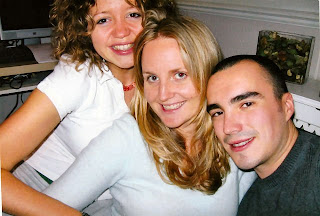 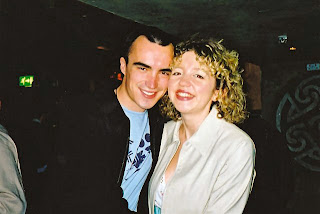 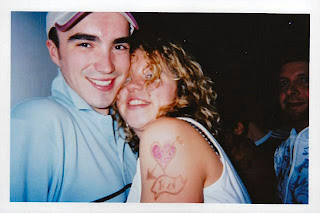 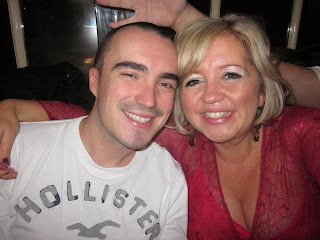 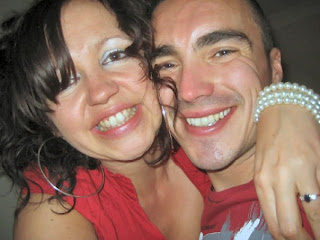