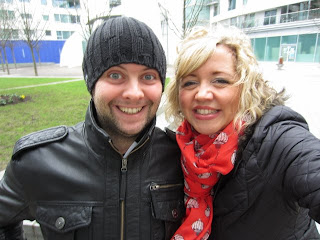 Somehow February has crept up on us and the year is already beginning to slip through my fingers. I'm feeling really happy, 2012 has been a good one so far. Dry January was very good to the Boy and I - we had a month that was almost like a second honeymoon as we spent so much time in each other's pockets. Normally we are quite independent and while we are conscious to always make time for each other, we can end up having different social routines. In January we did everything together, hiding from everyone who was drinking we saw little of family and friends, but instead spent lovely evenings together - twice at the theatre (including Hamlet at the Old Vic which was outstanding, Michael Sheen I salute you), a ghost bus tour of London, a night at the opera (my birthday present and the Royal Opera House blew me away!) as well as catching both of our football teams live and four trips to the cinema. 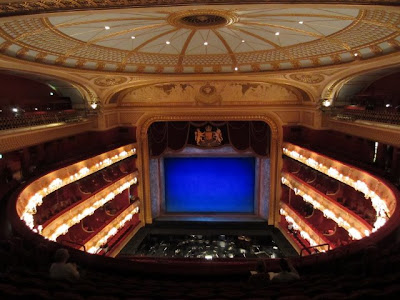 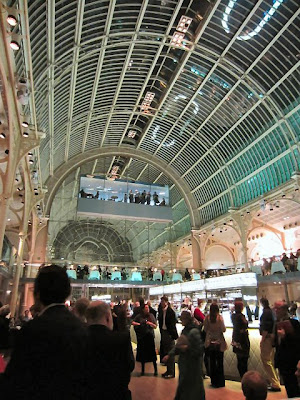 I didn't need any reminding, but I remembered how happy I am with the Boy and how he alone is more than enough for me. I know it's not a very femininst or populist thing to say and I know it's not healthy to rely on one person too much, but in the Boy I really have found someone who continually fascinates and intrigues me. I can't imagine ever growing bored in his company - and I actually long for a life together long enough where that could be the case. I'm always learning more about him, and the longer we are together sometimes the truer that feels.

And now February is here. A month that marks five years since we met. I am such a different person now than I was then and I credit him with pretty much all the positive changes. With him by my side I seem to have had the courage to grow into the person I always wanted to be. I am happier than I ever thought I could be - and the big improvement is that I have learned to relax and be happy in the moment. In the past I've been guilty of looking ahead, and thinking 'if such and such happens, then I'll be happy'. But I've learnt, with his help, that happiness shouldn't be conditional. I've learned to celebrate the here and now - and yes, while I'm always going to be a planner and I love having holidays and gigs to look forward to, a day spent with the Boy doing our weekly shop and cleaning the flat is still a day that can bring much to smile about.

But having said that, I'll put my tongue in my cheek because we do of course have plans, and I think this year will pan out to be an important one for the Boy and I. We head to New York a fortnight today for a week to celebrate our anniversary - with tickets to a New York Knicks game on the actual big day! How romantic - foam hands and hot dogs! Actually, I can't think of anything I'd rather do! And we are still very much hoping this will be the year that sees us move from a flat into our own little house. I've had mortgages on two flats before so the thought of owning a flight of stairs just seems so exciting. I think if we get our dream, I may well spend hours just lying on the staircase, or even sleep there! It feels such an exciting prospect...

The surveyor came from the housing association this morning, to value our flat. We part-own and part-rent, so this is how the selling process works for people in our situation. She made a lot of nice noises about our flat and commented several times on its size, light, and happy feel. We receive her report next week and fingers crossed we get the valuation we need, to make the move that we want to. The signs are good - but I'm sure waiting for the post and opening her report will be a nerve-wracking moment or two for us! But I am excited too, and I figure we deserve some good luck. Apparently we're in the Chinese year of the dragon, and that brings good fortune to many. We'll see!

One thing I have noticed though in all my good feelings is that I am becoming more sensitive than I used to be. Throughout dry January we had some friends be very supportive of what we are doing - but we also got quite a lot of teasing and ribbing that ranged from the mild and gentle to the actually rather nasty. Previously I've always let jibes go and they've washed off me like water from a duck's back, but they seem to get to me more these days. I guess I probably think too much - and then I wonder why people's first instinct is to make fun, rather than offer support, when really I'm over-analysing and folk are just doing what comes natural to them. Most people don't think as much as I do (how lucky they are!) and aren't away that what they say could cause upset.

It's become the same with the football team I support (which has recently come into money, but for 23 of the 25 years I have followed them has been a disaster zone!) and what I do for a career. It seems to be open season on poking fun at things which I hold dear or are important to me, and I'm not responding well. I am proud to work for a well-known national organisation, but almost everyone I know has their view on what the organisation does and what it stands for, and is happy to point this out to me regardless of whether there is any factual basis in their argument. I used to be able to laugh it off, but now it irritates me... So, is my skin getting thinner - or are those around me becoming less subtle? Perhaps I'm becoming less patient and less tolerant... I don't know. I'm not normally a prickly personality, so it's certainly one to watch... 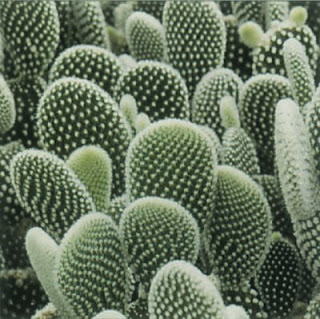