And so the Boy and I survived Tuesday. We both felt real sadness on the day, and we know it won't go away overnight and will come back to haunt us from time to time - often when we least expect it - but we managed to look after each other and get through the day hearts and minds in tact.

The hardest part was going to the memorial garden where our tiny baby is buried. I was aware that the Boy was tensing up as we walked towards the graveyard, and we had to stop along the way for a cuddle. For the Boy the memories and emotions of the funeral were flooding back and he found it particularly difficult. As has often happened during this grieving process, when I saw him in distress I found myself washed clean of emotion and incredibly calm, there just for him. To hold him, comfort him, absorb him and engulf him in my love. For me, one of the hardest things about this whole experience has been seeing my beautiful soul mate in pain and being unable to relieve it.
When we got to the garden there was a procession leaving the funeral parlour, and I was reminded how we are all touched by grief and loss during our time on this earth. If there's one inevitable, inescapable destiny, it's that at some point everyone's heart will ache for the person that is no longer with them. Clutching the flowers we had bought on the way there - which in itself was an experience entirely outside of my frame of reference, how do you choose which flowers to take to your baby's grave? - we stepped through the gate and into the garden.
I was struck, as I was at the funeral, by the colour, quiet, warmth and overwhelming sense of love in the garden. Every headstone decorated with flowers, ornaments or sentimental gifts. The sun once again was shining down on the garden, the temperature belying the November date. We found a new plaque on the grave, our baby buried with other little ones gone too soon for the parents that longed to hold them. Arms empty, instead hearts heavy. I saw other bouquets left next to the grave and my heart was pierced with my own loss, but also that other would-be parents had traced the same steps as we had and doubtless felt that unimaginable ache along with us. It all seems so cruel.
There is no doubt in my mind that going to the grave was the right thing to do. Once more we said our goodbyes, leaning on each other, arms and hearts entwined. But we left heads held high, and as I've said while we'll never forget, in some way another page has turned and a chapter closes, leaving fresh pages to come that will surely bring new emotions, experiences and adventures for us both. 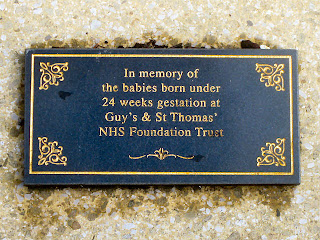 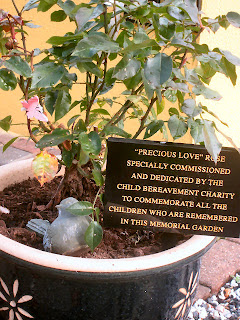 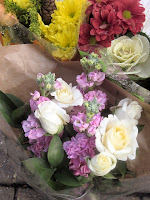