You know those weeks where life feels effortless, everything falls into place, and generally the garden is all rosy and peachy? Well... this isn't one of them! I feel like I'm a character in some kind of comedy of errors or horror film. It's been a bit of a nightmare from start to finish - and in fact it's only Thursday so the week hasn't ended yet...

I won't bore you with all the grizzly details (those are being recorded in various letters of complaint to customer service departments!) but the week got off to a bad start. I had been guaranteed by HSBC that my PPI settlement would be in my account at the latest on Monday (10 October). The Boy and I have been counting down to this date - the date my 18-month battle with the bank would be over, the day all my debts would be cleared, and the day we could start to breathe a little more easily financially.

Suffice to say, the money never arrived, and numerous calls to HSBC over the last few days have been very stressful, and I have felt very undervalued and frustrated. For quite sometime HSBC were unaware of why there was a hold up and even where my money was, and there was no sense of apology - I was just told I had been very unlucky as most claims go through seamlessly. Thankfully (!) my precious (and fairly large!) funds have now been located, and I'm assured will be in my account in the next 3-5 working days. We'll see. A far tenser end to this particular consumer battle than I had envisaged.

Also on Monday I worked at home - despite the Boy's best efforts at resuscitation our oven has finally bitten the dust - waiting for a repair man from Zanussi to come and have a look at our oven. We'd been given a slot between 9am and 5pm (which is a bit of a liberty anyway in my book!) so at first as the hours passed I wasn't too concerned. However as the morning grew into lunchtime, and the afternoon began to drift towards evening I became very concerned. Sure enough, a phone call to Zanussi confirmed they'd made an error and booked an engineer in for the following day by mistake. Sigh. And when the repair man did come on Tuesday (the Boy was able to work at home at short notice luckily) the fault and the part which needs to be replaced is so unusual that it will take some time for the part to be ordered and the engineer will need to return in a few weeks' time.

I was definitely ready for a bit of pampering on Tuesday night, feeling a bit wrung out and fed up - at what is already a difficult time for us as we approach what would have been baby Beans's due date, 1 November. I had an appointment for a hair cut and colour at a new salon in North London. I arrived in good time for my appointment but was shocked to see three other customers all being served or waiting to be served by one stylist - after waiting for about 30 minutes I queried this with a receptionist, who shrugged his shoulders and was unable to tell me when - or even if - I could get my haircut. To make the experience all the more bizarre, while I was seated in the waiting area an adult (it was hard to tell whether she was a customer or someone known to the hairdressing staff) tried to sit on my lap - twice! I had never experienced such bizarre behaviour, and I certainly felt uncomfortable progressing with a haircut in such chaotic surroundings so I walked out of the salon.

Wednesday arrived - and when I got into work I found my desk, and also the desks of several of my colleagues, was filthy. It was covered in dust and light material, seemingly an effect of building work on the floor above that had resulted in chalky material from the ceiling coming lose and falling over our desks and chairs. I felt so angry - and then a wash of sadness that I knew was disproportionate to the situation. My other colleagues were irritated but could shrug it off with wry amusement. To me, it felt like a punch in the stomach and like I was being victimised or persecuted in some way. Certainly ot a rational response for the moment in hand.

I gave myself some time to calm down and reflect, and then I picked up the phone. My work runs an Employee Assistance Programme (EAP) that offers telephone and short-term face-to-face counselling for staff in times of need, regardless of whether it's a work or personal issue. For some time I've been wondering if I'd find it useful to talk to a counsellor about the losses we've had this year. Of course the baby is the most prominent bereavement, but adding my friend's suicide and the unexpected death of my uncle, my colleague and my ex-colleague to the mix, means I am a bit fragile and I don't quite feel like the Elly Beans of old. I had wondered - as a volunteer bereavement counsellor myself - if I was trying to cope on my own all the time when I didn't have to.

So in some ways the dust falling from the ceiling at work helped me see the light above. I have spoken to the counselling team now at EAP and I am waiting for a referral to a counsellor for 4-6 sessions to explore my feelings around the bereavements. They were confident I could begin to see someone before 1 November, and I feel quite relieved and almost excited that this can happen. I have tried to be brave, be honest and be genuine in making my way through my grief and I know I have done fairly well. The Boy and I have really pulled together and almost become one person through our experiences, but there is no harm - and no shame - in getting a little bit of external support now to carry me through the next few weeks. The time feels right and I look forward to sharing my thoughts and feelings with a professional who can help me make the connections to help me keep moving forwards. 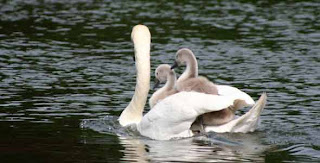